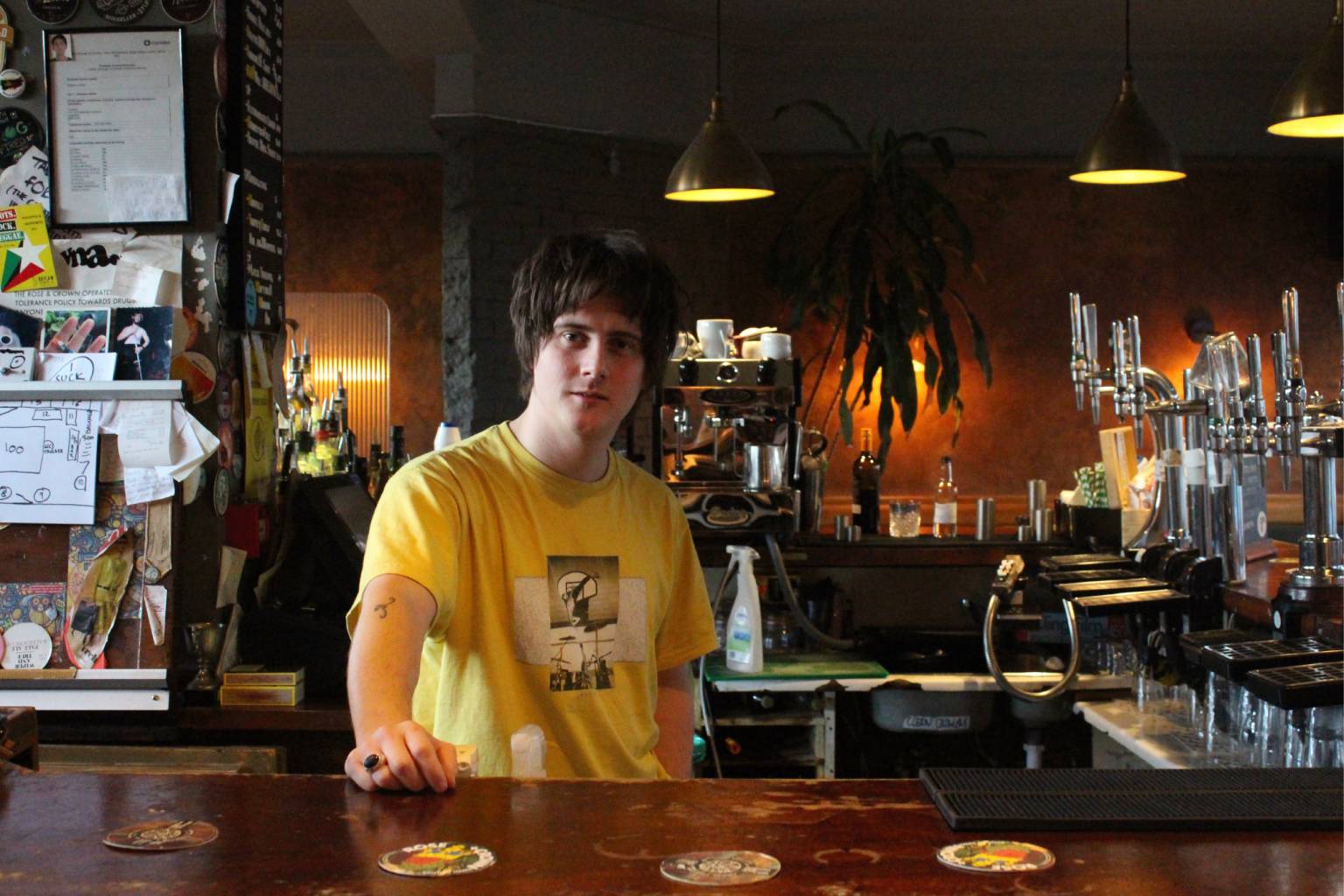 In between pulling pints and mopping the urinals at the Rose & Crown, a 100-year-old pub on Torriano Avenue, I got to know Rob and Amine, bar staff by night and musicians by day.
THE NIGHT
Why Read This?

Music has been in Camden’s blood for a long time, as has alcohol. In many ways, Camden’s pubs are the adoptive parents of its music scene. BBC Radio London presenter and long-time local, Robert Elms, roots Camden’s musical pulse in the area’s Irish community. “If you came from Ireland to London, you arrived at Euston. It used to be said that Camden Town is as far as you can walk from Euston with a suitcase.”

Alongside their popularity for good ‘craic’, lots of the local pubs became places people went to listen to music. “Traditionally it would have been Irish music, but in the 60s and 70s other bands arrived,” Elms says. “Madness played their first gig in the Dublin Castle having told the management they were Irish. Back then, Camden had an infrastructure; spaces to play, a potential audience, and it was relatively cheap. You could afford to live and go out.”

With the cost of living inexorably on the rise, the borough isn‘t as hospitable a destination for creatives as it once was. In between pulling pints and mopping the urinals at the Rose & Crown, a 100-year-old pub on Torriano Avenue, I got to know Rob and Amine, bar staff by night and musicians by day.

Amine [pictured performing below] is part of Frances and the Majesties, a seven-piece that draws inspiration from the home countries of its members (Italy, Morocco, and the UK) and plays in Baby Vanga, a six-piece inspired by Bossa, Latin percussive music, and psychedelia. Both bands have what he describes as “cinematic aesthetics, in look as well as sound.” Recently he’s been working on Act Cool records, building the studio [pictured bottom]. Rob is a songwriter, guitarist and occasional drummer who plays in bands and solos, drawing inspiration from “somewhere between post-punk and pop music.” He’s currently the drummer for The Dirty English.

Rob and Amine both make it clear that working in one of Camden’s pubs is something of a last resort, the only way they can afford to keep playing. “Different work combinations don’t work well, which makes this the very last option, if you want to do what you want to do”, Amine explains. “You can’t have a nine to five and go to rehearsals and gigs, do shoots, write. It’s also a good place to meet people that are into what you do.

Rob concurs, “If you’re clever with where you work, it’s a great platform to plug your music because you’re meeting people all the time.” He describes Camden as having had its day. “I quite like that there’s this sad but exciting hangover of what it once was, it’s weird. It’s alternative and bohemian. It’s a shithole ultimately.” 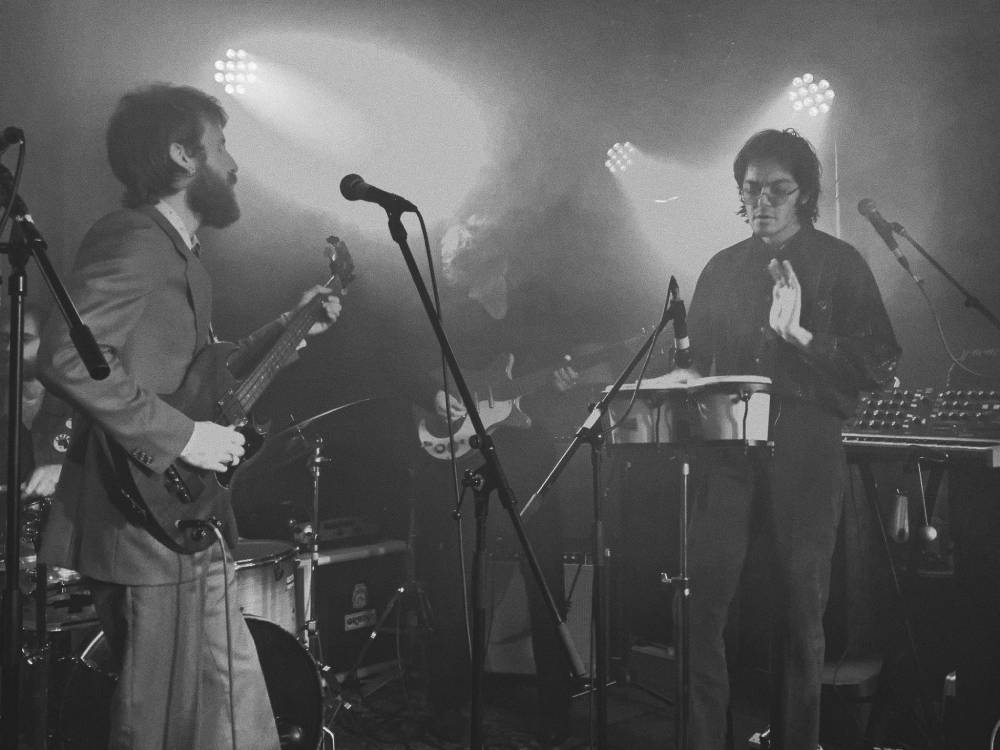 When I worked at the pub, one of the regulars, a few drinks deep, would often recite a poem he wrote in primary school titled ‘What A Wonderful Bird The Frog Are.’ Another time, a woman having an episode told me over a pint of tap water that her friends “chew their breath,” before announcing that she had invented Instagram and was on her way to win the winter Olympics.

Have Rob or Amine ever found surprising avenues of inspiration from behind the bar? “Yeah massively, just from meeting characters”, Rob grins. “I’ve just finished writing an album through the eyes of this loser who’s missing out on everything, which I guess has been a little bit inspired by working in the pub. The idea is that I’m this kid and the sun is shining and I’m inside writing my pathetic songs for no one. That’s where the slacker punk influence comes in.”

Amine’s debut with Frances and the Majesties was in the Rose & Crown’s basement. Nestled between residential properties, the pub comes with noise restrictions so the band had to make some changes to their sound, using the saxophone, a snare, a floor tom, and a tambourine instead of a full drum kit. “That sound ended up becoming an EP on its own later on.” There’s also an old piano tucked away downstairs; rumour has it that Amy Winehouse played it. Between orders Amine would practice the piano, the only access he had to weighted keys at the time.

Going home after closing at 1 or 2am is a particular kind of solitude. Walking down empty high streets, the green and purple rubbish bags spat out by restaurants and bars are the only company, save for an occasional stray drunk and cold stars on clear nights. “I don’t like it. It kills me”, Amine is emphatic. Having only just finished university, he would work on his major projects in between pouring pints. “I’d say to myself, ok, I’m going to do the night shift, wake up really early, do the work I have to do… but it never works out that way because I’m fucking knackered.”

The only silver lining Rob can find is that he can be at home in an empty flat all day writing songs without distraction. “If it wasn’t for that, I’d rather be up doing a nine to five and having the evening off. I’m out of sync with my friends.” 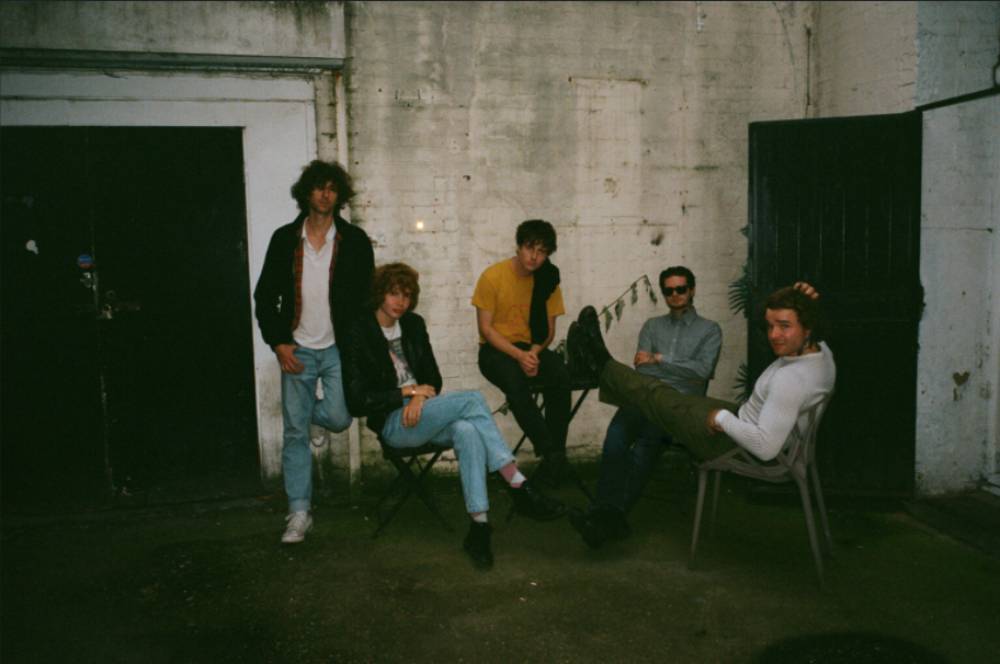 Being behind the bar was a bit like being in a play but never knowing exactly what would be in the script that night. Sometimes patrons could be funny and surprising. There was the old geezer who only drank red wine and told me about his experiences travelling in the Soviet Union. Then there was the delightfully camp publisher who recommended me books.

Other times, men older than my dad would comment on my body, spout racist and sexist ‘jokes’ and start fights. Once some familiar faces spent a good fifteen minutes debating how much they thought I weighed. Amine describes how uncomfortable it can be watching female colleagues get harassed. “Sometimes customers say things and get away with it, sometimes they get banned. The management is only seven years old, but some of the regulars have been coming here for over 20 years. They might feel like they own the place, they want to sit where they have for decades.” He says he sometimes feels like he’s babysitting people three times his age. “You get to a place where you’re very aware of the lines between truth and courage and balls and fear of consequence. It’s almost like a sociological experiment.”

I ask Rob what his weirdest or funniest memory of working at the pub is. “God, I don’t know if I can say… I got really drunk once after my shift and decided, for some reason, to climb out of the toilet window. I fell off the roof and landed in an old lady’s back garden. The police were called and I got carried through the pub with my hands behind my back past all the customers that knew I worked behind the bar.”

For Amine, things are slightly less comical. Coming to the UK from Morocco, there was a time when his right to work here was complicated, “occasionally you run into customers that are too drunk and don’t like you, or your face, or something you said. One time this guy asked me to go outside and all I could think about was the police showing up and me not having the right work permit.”

How has music shaped or changed Amine and Robs lives? “I moved here. I moved to this country in pursuit of this musical fantasy.” Growing up in Morocco, where there are no laws that protect intellectual property when it comes to music, Amine quickly realised he couldn’t make a living there as a musician. “There’s no market,” he tells me. “I’m becoming the musician I’ve always wanted to be and it’s very different from the way I saw it when I was a kid. It’s not how I thought it would look or feel, but I’m still doing it and I’m not planning on stopping.”

For Rob too, music brought him here. “It’s the reason I moved to London. I came here with what I had in my pocket.  Everything, I’ve done has revolved around putting myself in a position where I maximise my opportunity of ‘making it’, whatever that means.” 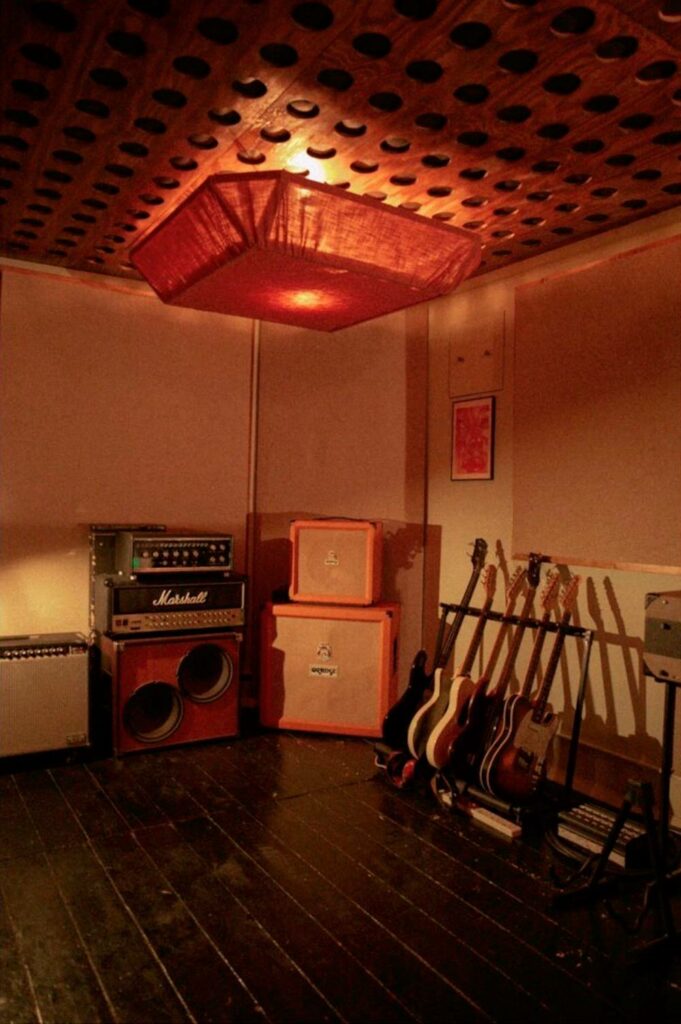 Find this article in our latest print magazine: Camdenist Presents… The Night, out now across the borough and Central London.