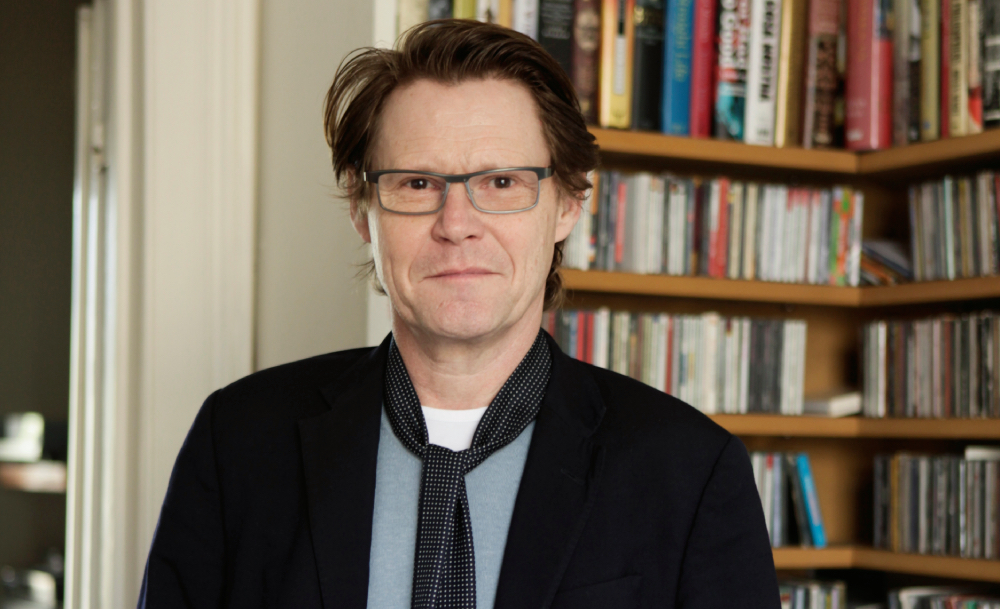 The BBC Radio London presenter tells us why he (and the rest of the world) keep returning to Camden for a proper live music fix
MUSIC IN CAMDEN
Why Read This?

Since joining BBC Radio London as a presenter in 1994, Robert Elms has watched, listened and helped new musical talent emerge and establish itself. As well as being the author of several books, he has written for the likes of The Face and NME,  commenting on youth culture, music and fashion. We speak to him about why Camden Town has been such a prolific and reputable hub in London’s – and indeed the world’s – music scene for so long.

How would you describe Camden’s spirit and why do you think the area has had such an active music scene for as long as it has?

I would describe it as having a rebel spirit. This has always been a place for outsiders, for people who don’t quite fit in elsewhere. I think that has really affected its atmosphere: you can be whoever you want to be. Much of the music scene came from the fact that Camden was always the centre of the Irish community. There’s a technical reason for that: if you came from Ireland to London, you arrived at Euston. It used to be said that Camden Town is as far as you can walk from Euston with a suitcase. If you’ve arrived in this city, you get as far as here, go into a pub and find somewhere to stay.

The Irish community worked on the canals and the railways so there were lots of pubs, particularly Irish pubs, which would have dance halls or room to dance and for bands to play. The pubs of Camden weren’t just places you went to have a drink, you went to listen to music as well. Traditionally, it would have been Irish music but in the 60s and 70s other bands arrived. Madness, for example, played their first gig in the Dublin Castle and when they played there, they told the management that they were an Irish band.

The Market also became a place where if you were starting out you could go and sell stuff and make a bit of money, which attracted a more hippie crowd in the 70s, and the Roundhouse had very much played a part in this too. After being a place for trains to turn around and then a gin warehouse, someone started putting on hippie gigs there in the 60s, again establishing Camden as a place to go and hear music. The area had an infrastructure, spaces to play in, a potential audience, and it was cheap back in the 70s and 80s. If you were young, and a musician, or an artist or creative, you could afford to live and go out. It’s where Withnail and I is set, it’s that world.

What was it like being part of London’s nightlife and music scene in your 20s?

Oh, fantastic! Strangely Camden Town wasn’t just nightlife. I used to go to KOKO, which was the Camden Palace then, and the Roundhouse, but Camden was also a place that you went to buy records, or clothes like Dr Martens and jeans. It was a hanging out place as much as anything. I tended to spend more time in Camden Town in the afternoons and early evenings and then go into Soho later. There was an old saying which was “Camden Town where the rough lie down.” No one minded if you were drunk because most of the people there were drunk. In some ways it hasn’t changed! It’s quite remarkable, actually, that it hasn’t changed as much as other parts of London. It’s obviously been gentrified, but it still feels a little bit rough around the edges, which I like.

You wrote an article for The Face in 1982 that mentions the New Romantic movement. Do you think music and cultural scenes now can be characterised in such a way? Or is it not possible anymore?

I don’t think it is possible now, the main reason being social media and the internet. Youth culture is a bit like mushrooms: it grows in dark and dank places where no one can see it, and it needs time. These days, nothing has time to grow because everything is seen immediately. Everyone’s got a camera out. Something like the Blitz Club where the New Romantic scene started, went unnoticed for about a year so it had time to develop into something. These days, scenes are captured so quickly. I also think young people now don’t tend to define themselves by music and clothes as much. That was all we had. We didn’t go to restaurants; all of our money and time and energy was put into what we wore and what we danced to. I think it was more intense then in many ways.

What has being a radio presenter taught you about music?

That there’s always great music. As you get older, you always think the music was better when you were younger, because you were young. But in terms of the music, now’s as good as anytime. I’ve seen artists come and go; Amy Winehouse played her first performance on my show. Loads of artists have come through and there’s always good music out there, sometimes you just have to search a bit harder for it.

Do you have a favourite musical memory associated with Camden?

Seeing The Pogues in a little Irish pub in Camden Town early on, probably their second or third gig. It was the Camden I knew from all the old Irish fellas who’d grown up there and yet it was also punk rock. It was incredibly exciting, dancing wildly to The Pogues in a backstreet bar in Camden Town in 198- I don’t know what year it would have been – 3 or 4. Seeing The Clash at what is now KOKO was pretty good too.

What lessons do you think the music and nightlife industries can learn from the pandemic? Do you think there have been any unexpected positives or opportunities?

Music is really very, very important to people. It matters. During the pandemic, people have really turned to music, and they’ve missed live music as well.

What does music mean to you? How has it shaped or changed your life?

What albums or artists were you listening to as a teenager?

18 was the perfect age for me because it was punk rock. I was listening to The Clash and the Sex Pistols and Patti Smith and the Ramones. It was an exciting time to be 18.

If you had to recommend one album or artist, what or who would it be?

David Bowie. Bowie has always been there. Every time you’ve changed, he’s changed as well. And he’s taught you that you can be whoever you want to be.

What do you hope the future of music and the nightlife industry looks like?

I hope that there are opportunities for young people to do exciting things. I hope it stays real. At the moment, I think there is a slight tendency towards remanufactured pop, and I don’t think that’s particularly healthy.

Do you have any favourite places or things to do in Camden today?

Most of my favourite pubs, unfortunately, have shut. But I still like the Italian on Parkway [Goodfare] on the corner that has been there forever. I like to sit outside with a bowl of pasta and a glass of red wine and watch Camden Town go by.

If you could give your 18-year-old self a piece of advice, what would you say?

Do more of everything.