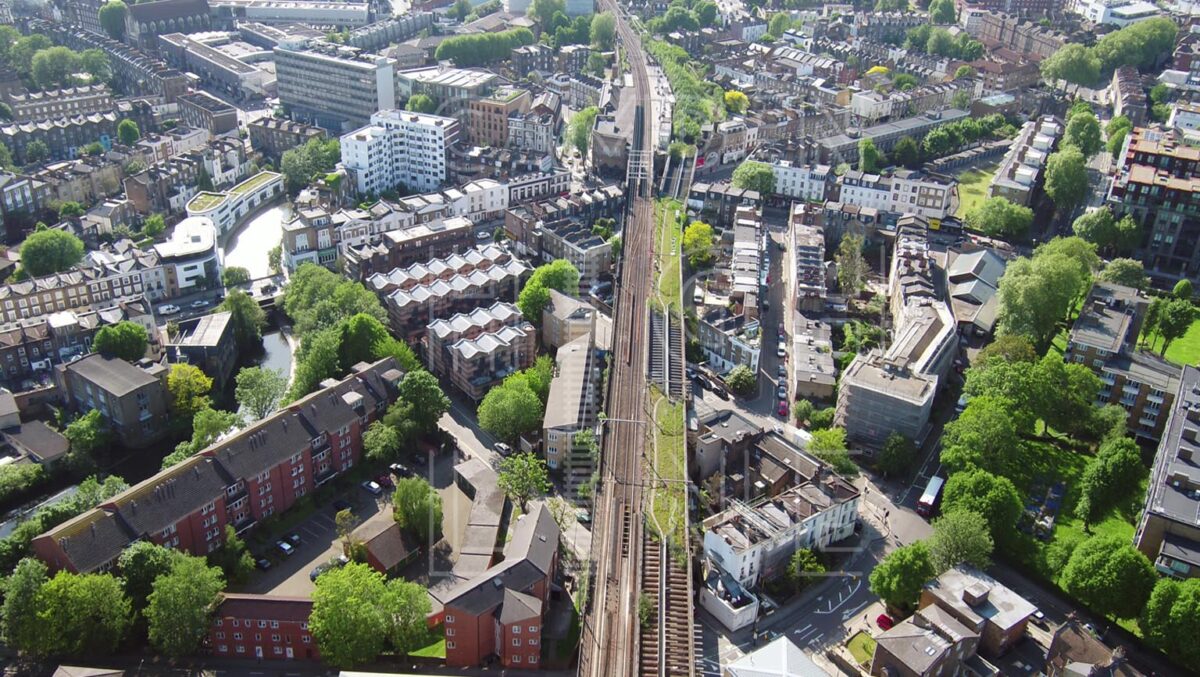 You can’t walk along a verdant urban wildflower corridor quite yet via Camden Highline – the proposed elevated park on disused railway track between Kentish Town Rd and York Way – but plenty of exciting new attractions are already popping up along the route. So we thought it would be fun to whet your cultural appetite with some highlights you can go and check out soon.

At what will one day be the western entry/exit to the Highline, Camden Market’s long-awaited canalside complex Hawley Wharf finally opened this week, bringing a huge number of quality food vendors, fashion outlets, a weekly farmer’s market and soon a 5-screen Curzon cinema to a brand-spanking new canalside location. It’s an exciting place to explore right now, and one day will offer a real alternative to what’s on offer at Coal Drops Yard up at the other end of the railway park’s path.

The route’s next street access point will be at Camden Road, where it is hoped a direct gate to/from the Overground into the park will be installed, as well as more direct access to street level too.

This autumn, look out for an exciting new Italian deli directly opposite on Royal College St, brought to you by the beloved neighbouring coffee and cocktail hangout, Casa Tua.

“We will be open very soon,” owner Giuseppe Miggiano promises us. “We’ll be offering gelato made with fresh fruit and no sugar, cured meats, cheeses, fresh pasta, Puglia olive oil and lots more. It will be called Casa Tua Delizie.”

Also arriving on the Camden Rd scene imminently, under the arches of nearby Randolph St, is the Werewolf Brewery and Taproom. It will be serving American-style beers, brewed right here in Camden, as owner Rich recently told us.

Just around the way, Pritchard & Ure café have opened a big alfresco terrace, so you can stop by and sit with a cake and a coffee while you admire the floral bedding and luscious perennials of their home in Camden Garden Centre.

One day, the Highline will also offer a lovely way in and out of Camley St, a somewhat forgotten and overlooked corner of the borough, now the focus of ambitious Council regeneration plans. Before any of that though comes this autumn’s return of Camley Street Natural Park, having just completed work on a new multi-million pound visitor centre. Look out for news of their grand reopening events soon.

The Highline will eventually lead as far as York Way, with steps descending opposite famous party venue EGG London. Nightclubs have had it particularly tough during lockdown, with dancefloors empty for 16 long months, so not only is it hugely fun to throw some shapes there once more, it’s also actively supporting a great local culture institution, too. Find out who is playing and make you party plans now.

To discover more and donate towards helping build a garden walkway in the sky in our neighbourhood, visit camdenhighline.com