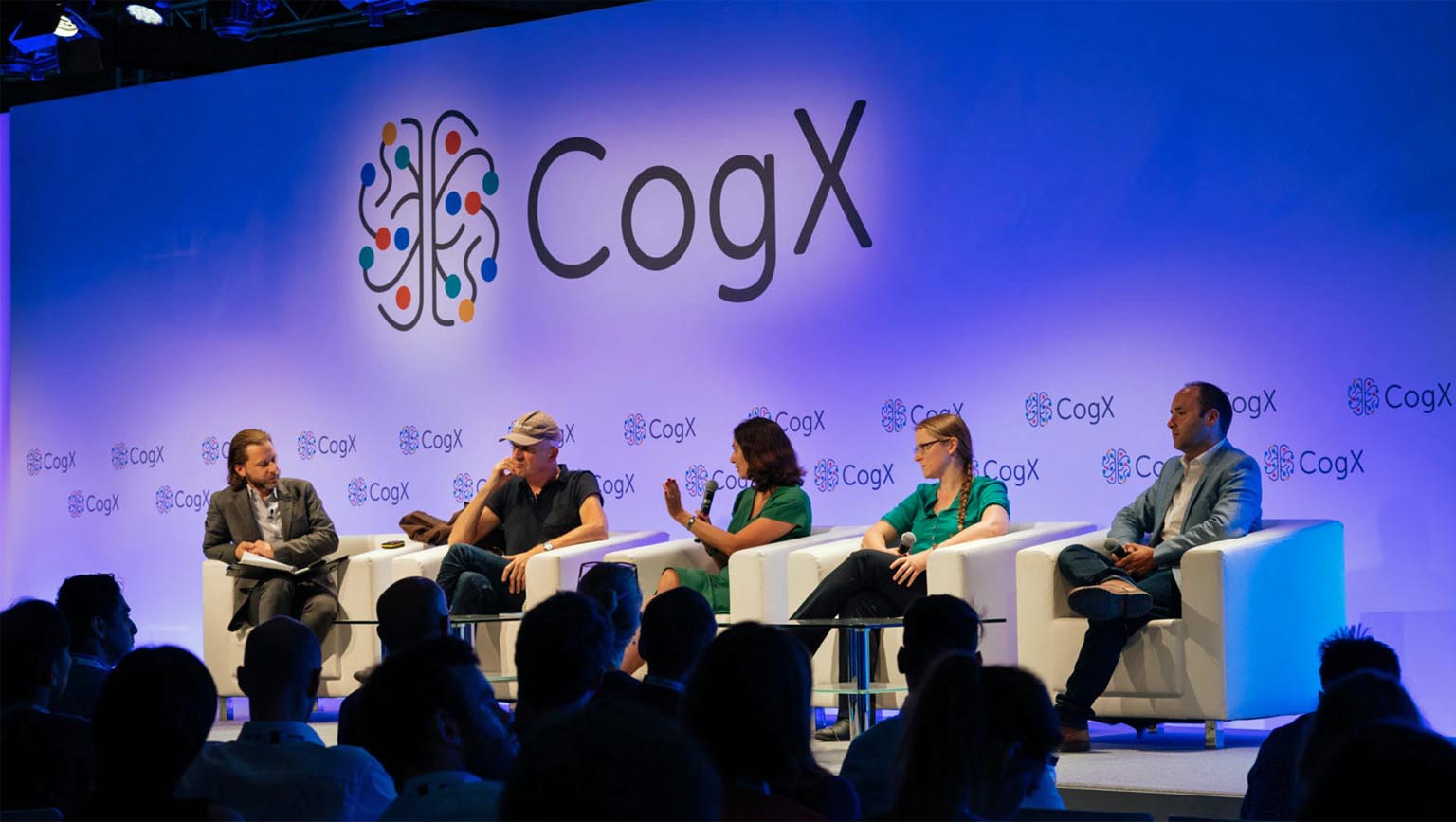 The return of the CogX Festival this month shines a spotlight on AI and other transformational technologies being developed right here
TECH
Why Read This?

Artificial intelligence (AI) has, it is fair to say, not had the best of press. Anxiety has grown about the devices we own and the platforms we use, which quietly gather data on every aspect of our lives, feeding algorithms that work for commercial and even political gain. Meanwhile, our future work is imperilled by the rise of automation, and ever-more ubiquitous robots threaten our very existence.

Or at least, that’s one take. Another is that humans today are blessed by the near-infinite possibilities that computerised thinking can offer us, from delivering better health and education, resolving global hunger and even beating climate change. We know and understand more about our world, and ourselves, than we ever have.

The truth probably lies somewhere in between. We see the positives in automation that saves time and effort, and welcome the wonderful AI-driven ease of mobile and social. We also want privacy, and fear the powerful changes that inevitably lie ahead. We want to be able to trust that technology is being made in our interests, not just for profit.

How tech might tackle and solve some of the world’s most pressing problems comes under the spotlight at CogX Festival. Now in its fifth edition, this Global Leadership Summit and Festival of AI and Transformational Technology will connect a global community, with 100,000 attendees joining 1,000 speakers and over 350 exhibitors in a truly hybrid event.

“We are at a unique moment in time,” founder and chief executive Charlie Muirhead tells us. “To get the next ten years right we need to act now to embrace the transformational opportunities presented by technology, address the challenges and work together to deliver on the United Nations sustainable development goals.”

After a successful debut in 2019 and a ground-breaking virtual event last year, the CogX Festival has made its annual home King’s Cross because the entire neighbourhood is surrounded by innovators, educators and scientists. The Knowledge Quarter includes the likes of world-leading University College London, the biomedical research of the Francis Crick Institute and the British Library’s Alan Turing Institute, which promotes the use of ethical artificial intelligence.

The continental links via the Eurostar at St Pancras Station has also led to a clustering of global tech giants including Google and Facebook here. Deepmind, which was set up by two of UCL’s computational neuroscience geeks in 2010 and acquired by Google in 2014 for well over £400m, chose to resist the temptations of Silicon Valley relocation – arguing the case for keeping their HQ here in Camden. That decision feels vindicated, with so much talent now on doorstep, the company is also known to value being in a multicultural environment where a diversity of views and interests are represented.

Deepmind set out by teaching its artificial intelligence how to play, and win, classic video games like Pong and Space Invaders. Each time their AI won, it would learn and grow. Later this AI would come to trounce human champions at Go, arguably the world’s oldest and most complex strategy game. But DeepMind was always about way more than winning ancient board games.

Its lofty aim is to “solve intelligence” itself, by bringing together the disciplines of computerised machine learning and brain-focused neuroscience, to build algorithms that learn and understand how the human brain works, then mimic it. If that’s hard to fathom, some of the practical applications of DeepMind technology demonstrate how AI works in the real world. Its text-to-speech technology is incorporated into consumer apps like Google Assistant, while its AI now helps the Google Play store to generate personalised ‘if-you-like-that-you-may-like-this’ app recommendations to customers. And it works with Waymo to train more capable self-driving cars, yet some of this innovation has not been without critics.

In 2015 DeepMind Health joined forces with Camden’s Royal Free NHS Trust to develop a new clinical task app, and the following year it combined with Moorfields Eye Hospital to help detect early signs of diseases leading to blindness. NHS campaigners complained that this effectively gave them access to millions of personal health records – but DeepMind insisted the intent was benign, simply using data to save time, improve prediction and eventual treatment of disease. The company offered assurances that it was there to do the right thing, rather than the snooping, privacy-invading thing its critics feared. They established an ‘artificial intelligence ethics’ board, and joined the likes of Amazon, Facebook and Microsoft on a ’partnership on AI’ designed to benefit people and society. The firm’s work on health continues with Cancer Research UK, deploying AI to help breast cancer detection.

Other ‘for good’ local startups in the area include Pavegen, working out of Cremer Street to turn footsteps into kinetic energy and grab footfall data, and tech-for-good agency Reason Digital, working at Impact Hub on York Way to help charities do more good work for less.

Much of this impactful tech innovation needs money to help it grow – and the area also has one of the UK’s leading venture capital investors in LocalGlobe at Phoenix Court in Somers Town. Among its partners is Camden-based Zinc.vc, created to help build tech companies that address the world’s biggest challenges, from mental health to globalisation to the challenges of later life.

In these uncertain times, we can’t be sure of just how positive the breakthroughs in technology will end up being. But some of the innovations emerging in this exciting and wildly innovative part of the world do appear to offer real hope for the future. They also show that the rise of AI does not have to be bad news. Quite the reverse: technology applied right could well end up saving us.