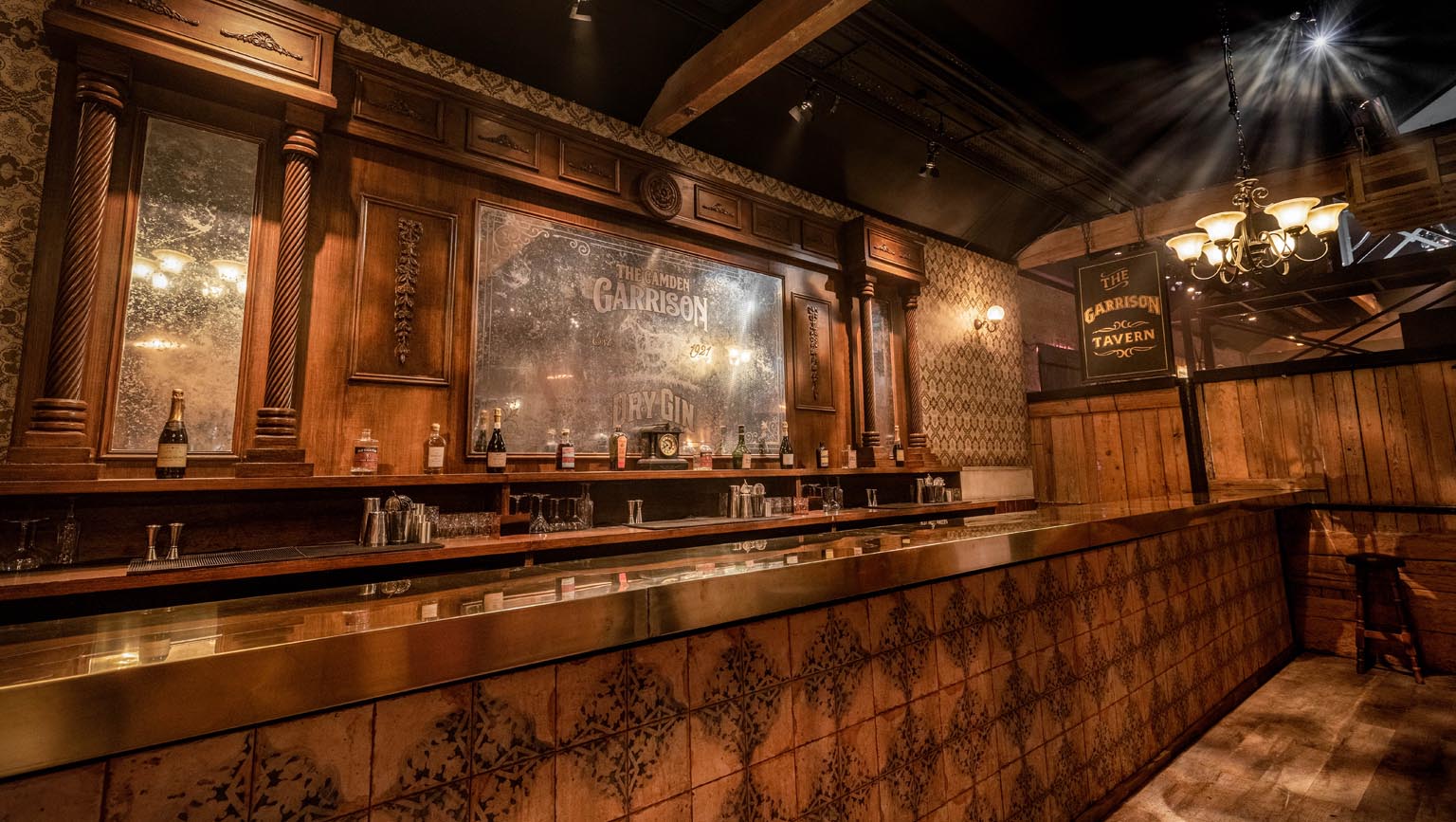 Peaky Blinders in Camden – Behind the Scenes

How the immersive experience works inside a heritage stable block
WIN
2 x VIP tickets to Peaky Blinders: The Rise

When it was announced that a brand new 360-degree immersive event was arriving in Camden Town’s former Victorian horse hospital buildings, it meant we’d have the chance not only to visit this historic local landmark again but also to step back and experience the neighbourhood in a very different era.

With a few tickets left in the run-up of Christmas and bookings recently opened through until May 2023, Peaky Blinders: The Rise transports audiences into the atmospheric underworld of the hit TV series when Birmingham’s infamous Shelby crime family attempted to conquer London.

“The audience truly is a part of the great story,” says Andrew Mills, Head of Venues and Operations at the immersive experts behind the show, Hartshorn-Hook Enterprises. “You follow the action across different plot lines, meaning the experience is unique to each and every audience member.”

With plenty of gang fights and a meticulous 1920s scene setting to fit into the space, it is an ambitious challenge to run the whole thing in a Grade II-listed building, so how did the team cope?

“We certainly had hurdles to overcome,” admits Andrew, “but ultimately that makes the process more fun. Installing the set into the space, where you cannot fix into the brickwork and walls was a particular challenge. Headed by our superb Production Manager though, the vision of our great designer became the reality, and everything fits with the period perfectly.”

Despite the fictional nature of the action, there’s plenty of historic truth around the broader storyline, so celebrating the industrial heritage of the horse hospital – where hundreds of working horses once converged with the canals and railways at the huge Camden Goods Yard – is a key ingredient of the show’s success.

“The show actually starts from when you are outside the venue,” says Andrew.  “Our fantastic cast interacts with the audience from the moment they arrive. The smell and feel of this historic building add to the evening as you walk across the cobbles and join the action taking part in the original stables and working spaces within the horse hospital.”

It’s a delicate undertaking, but a clever one that can leave those attending feel thoroughly involved in both the story and the rare authentic surviving industrial setting. “We’ve used every inch of space within the venue for the show to take place, as well as creating a back of house area for dressing rooms, venue management, stage management and all the wonderful technical staff that actually make the show happen each night.”

As the company behind a whole host of shows that similarly envelope their audiences in storylines and settings for all senses, Andrew is excited about what’s next, too. “There are so many great stories that can be told in an immersive way, and we have hugely exciting plans to bring some great titles, for adults and children alike, to unique spaces in the coming years.”

In a city with such a rich and varied built environment, shows like Peaky Blinders: The Rise offers an unexpectedly dynamic way to uncover the secrets of the past – the factual and deliciously fictional – for today’s generations. Take the family and immerse yourself in Camden’s industrial past.

Camdenist readers get £10 OFF General Admission tickets too. Just use promo code CAMD10 when buying tickets for any performance (excluding Saturdays).