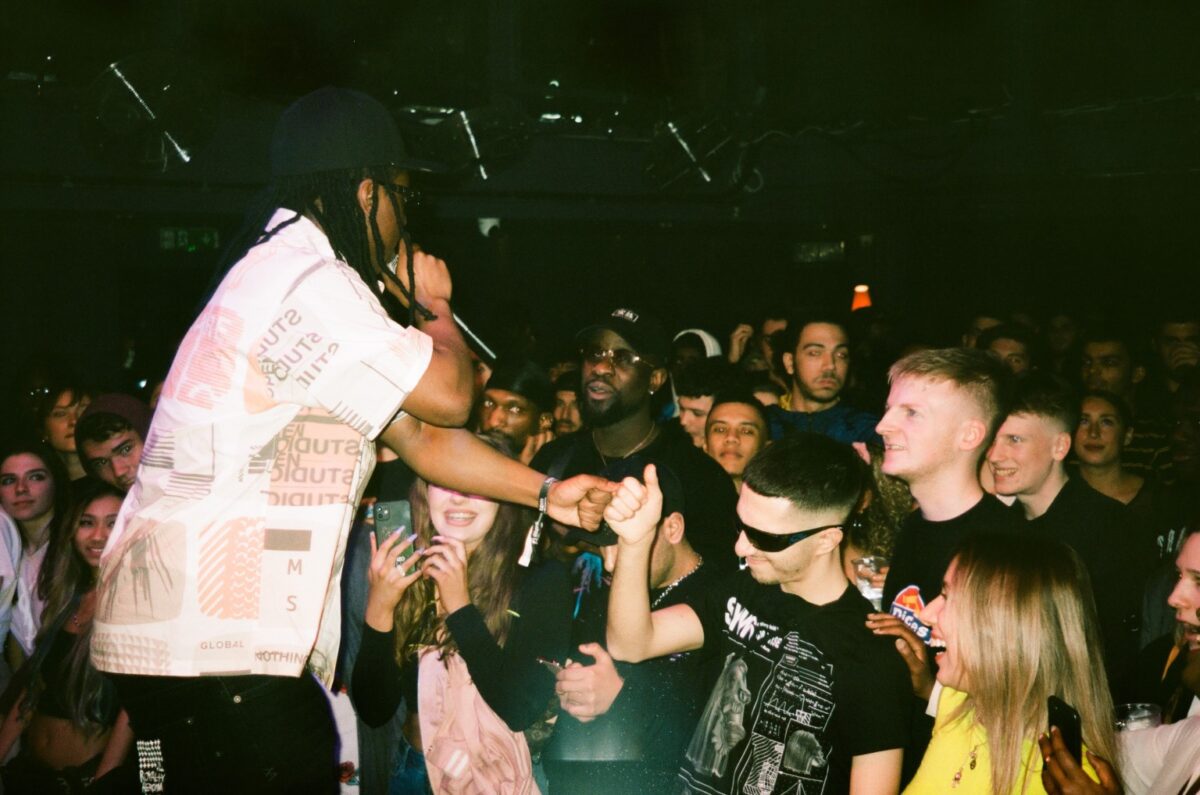 Finally landing at Powerhaus after endless Covid delays, we hear about the unconventional rise of this hip-hop, R&B and garage crew, and their big plans
MUSIC IN CAMDEN
Why Read This?

BPM Music Collective’s vision is a contagious one. Speaking to their founding director, Ahmed Shareefy, it feels like the next chapter in their journey is just beginning. Ahmed describes BPM as being for all creatives. “We aim to shine a light on rising talent in all sorts of creative avenues from music to photography, fashion and design. It’s our job to provide a platform for them to be heard.” It all started three and half years ago when Ahmed arrived at university in St Andrews and found himself longing for London’s nightlife. “At Uni it was very commercial pop music, lots of throwback nights.” So he began DJing around town with friends, eventually starting a brand and putting on events.

Rooted in Hip Hop and R&B, BPM and the music they brought with them came as a bit of a shock to some of the students and locals. “For a year or so there was a bit of friction because we were putting a whole new sound into the town and some people looked at us weirdly,” he says. But they persevered, taking it slowly and playing small capacity venues. “Now I would say that we run the biggest nights out there. We went from being nothing to a sell-out event.”

What followed was a cultural shift of sorts. Ahmed describes how the Barbour jackets and boots of yore were tossed to the side in favour of streetwear: “it kind of felt like a social experiment. We came up at the same time as a couple of other collectives each championing their own respective genres, like techno, drum and bass and other underground electronic music. There was a bit of a cultural boom.”

Coming to Camden’s PowerHaus (formerly Dingwalls) this month, BPM are keen to provide events that the local community and creatives here can get involved in. “The main focus for all our events is to be able to channel the creativity that is found in the area we’re in. That’s ultimately what we were doing in St Andrews, a town probably a third of the size of Camden.”

Ahmed hopes that BPM will become the night that locals can always rely on for a good time. One of his favourite nights so far was at Subterania in Ladbroke Grove, just before the pandemic. “It was one of those where there was some sort of electricity in the air. I had to take a moment to just be like, wow, we’ve pulled this off, because usually I’m running around sorting things out.”

Like the rest of the nightlife industry, the pandemic has been a challenging time for this collective. Pre-lockdown, BPM had several dates booked in London and Scotland that were all cancelled: “we had a lot coming up and it all went down the drain,” he says. “It’s been really, really hard. We just had to sit and wait.” Ahmed expresses how there’s been little financial support from the government, “I know there have been a few grants kicking about, which is good, but they’ve been hard to get, especially in this field.”

Despite everything, he’s grateful that he’s been able to open a studio during this time. The space has given BPM a hub in which they could continue connecting with people in the industry whilst diverting some of their operation towards music production and publishing. 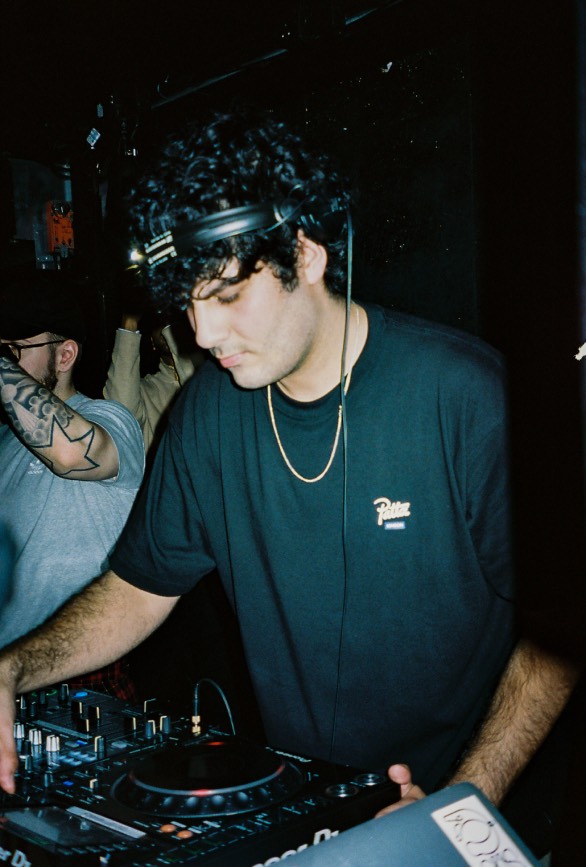 Richard Russell: “an incredible, incredible guy  who’s done so much in the music industry. I’ve read his book and everything that he’s achieved has been amazing.”

Boiler Room: “I liked how Boiler Room did a lot of their operations, they look really good. And the way they came up was nice.”

Jimmy Iovine: “he’s just so fascinating, and taking small leaves out of his book has been great.” 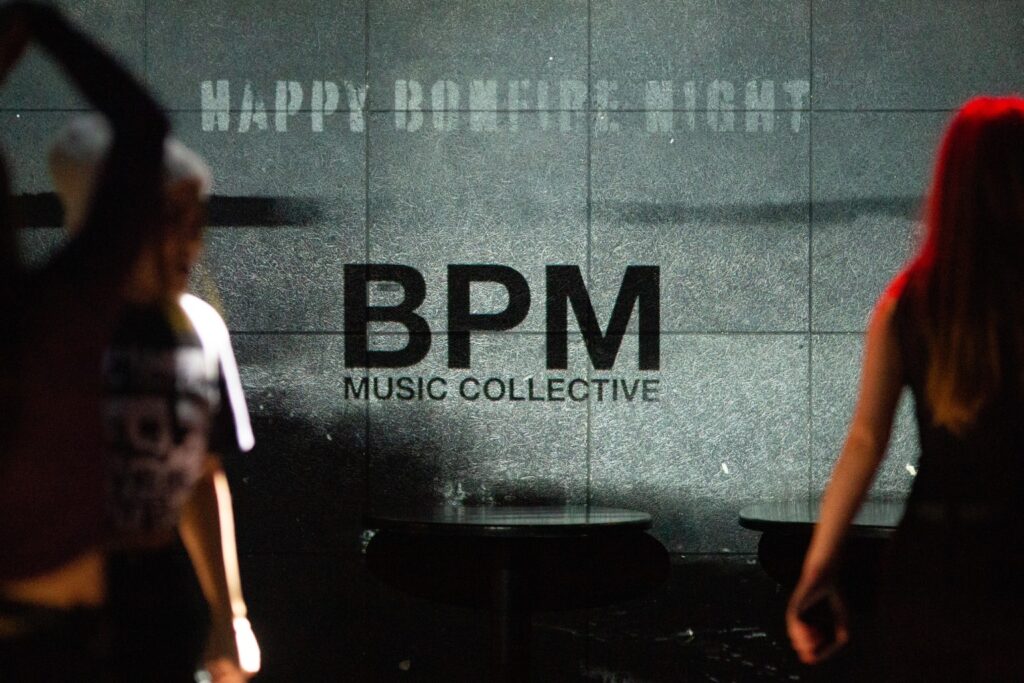 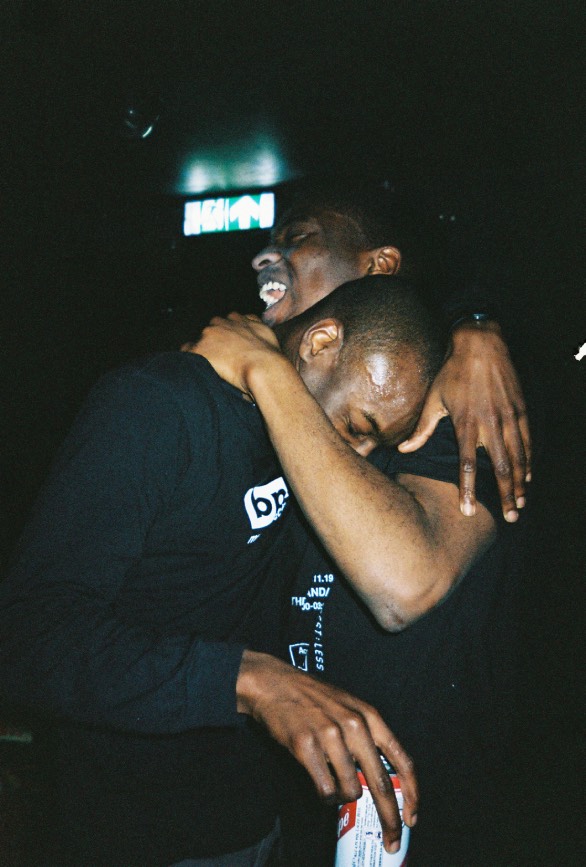 Watching how the pandemic has impacted the nightlife and music industries has taught Ahmed and his team how important it is to have strong foundations. “It put a lot of emphasis on the people that actually had strong fan bases, especially if you’re a musician, because people really had to get behind you. A lot of artists are coming up, but they don’t necessarily have followers so there’s a bit of a disconnect. The pandemic brought this to light more, I think.”

Starting his own business generally has also come with a lot of lessons. “It’s taught me how to have a goal and basically not sleep until you reach it”, he explains. Having a good judgement of character is also helpful. “You come across a lot of characters!” He laughs. “Being able to navigate those waters well is important.” But generosity is perhaps the most important. He describes how it’s become increasingly harder to give everyone the time of day but “if you can give at least a few minutes, a few words here and there, and bounce ideas off each other, that’s crucial.”

What does Ahmed hope the future of nightlife looks like? “I just want it to be stable!” he grins. “I think people are innovating really well at the moment; there are a lot of great events popping up, especially open-air ones.” But he quietly longs for a return to the indoors: “there’s just something about being in a confined space, it adds to the whole night.” He hopes to see some unusual collaborations and genre combinations as nightlife resuscitates itself. “If you look at the way people digest music these days, we’re listening to such a wide range of things. I want to capture that in an event.” He’s also keen for events to pop up in unexpected places. “Just before the pandemic you’d get companies putting on events in coffee shops and things, even Nando’s are doing them. I think running events in obscure spaces is really cool.”

And what does the future hold for BPM personally? “We want to become a household name in London’s nightlife scene,” he declares. Maintaining quality matters to the collective, “I want people to see that we’ve put an event up and think this is a place I can go to and have a great night.” One day, Ahmed would like to own a venue. In the meantime, BPM are keen to grow with more artists and to continue providing business, legal and musical advice. Ahmed works with musicians, mixing and mastering, as well as producing and engineering. “That’s a big thing for us, going on these journeys with different creatives.”

For 30% off the ticket price use code CAMDENIST at checkout