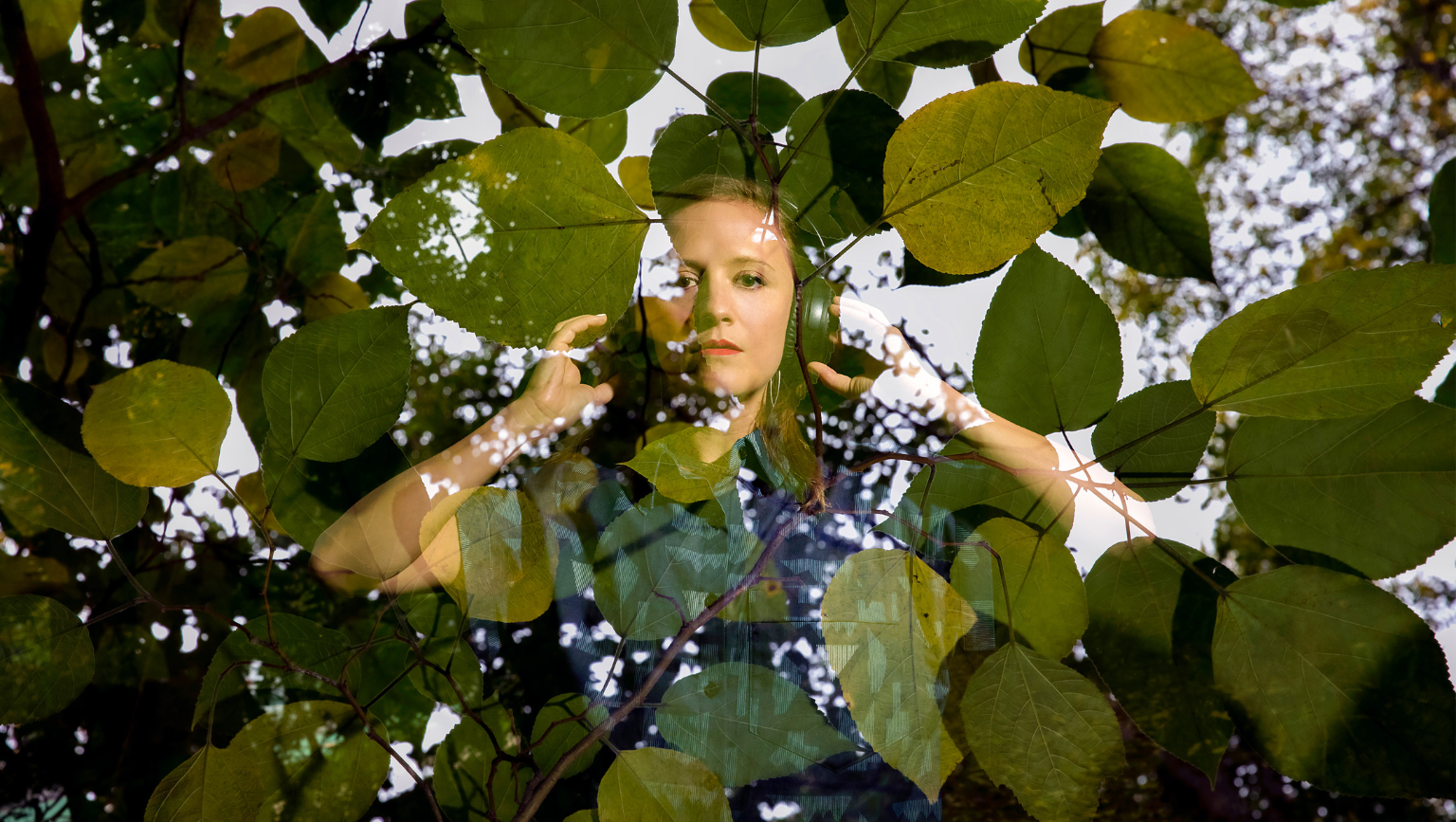 How often do you find yourself tuning in just to drown something out? Fellow commuters, the neighbour’s TV, intrusive thoughts…music is regularly forced into battle. The passive consumption of sound can turn minds into balloons floating along pavements, attached only to a string of music, to today’s noise of choice. It can be hard to feel your feet on the ground or remember the birds in the trees.

“The intention of this music is to create, rather than fill space,” says Ellen Reid. The Pulitzer Prize-winning composer is talking about SOUNDWALK, a GPS-enabled public artwork that maps music onto Regent’s Park. “The goal is to bring the listener more into their own moment, body and surroundings, rather than out of it all and into an imaginary place created by music.”

The magic of a musical soundtrack

What happens when the distracted mind is brought back to earth is a kind of magic. Once illuminated with original compositions and soundscapes, details start to sing. Each blade of grass has something to say, the rain is romantic, even the wiry rat I watch waddle into the bushes has taken on a kind of poetry.

“The small things become imbued with meaning because of the experience of moving and being with music.” Ellen describes it as something between a live film score of your own present and a concept album. “It’s this sound installation that reinvents your relationship with the park.”

As you move through the park the music changes, like walking along a musical score. Sound is triggered by transience, altering with every step you take. Mapping music in this way necessitates a different kind of process, Ellen says.

“The density and intention of the music, from a cellular level, is different. My writing process for a concert hall involves me building things in my studio. For SOUNDWALK, I would put on headphones and take those things outside. The pace I desired while walking was incredibly different to the pace and density I desired inside my studio. The music had to be more spacious to make room for the natural world, to soak all of that up.”

Ellen has created SOUNDWALK projects for several other parks before, including Central Park in New York and San Francisco’s Golden Gate Park. Regent’s Park is the first iteration of the project in the UK. “There are some ducks that I’ve never seen before. It’s been a duck-heavy learning curve for me! They have different feet here. Webbed more like separated fingers than the web-foot I’m used to.” She tells a story about a duck that would wake up the team every morning whilst they were working on the project. “It liked to exercise its voice under a bridge every morning, so it echoed. Perhaps it was auditioning…”

From the Haiku of Basho to Chopin’s Raindrop Prelude and Monet’s Water Lilies, the natural world has been a source of inspiration for musicians and artists since the beginning of human existence. “Great comfort can be found in nature,” Ellen reflects. “There is a part of creation that’s about connecting our lives together and this imagination that runs back through childhood. As adults we can lose some of that connection with nature. Perhaps that’s part of it; an attempt to reach for that again.” 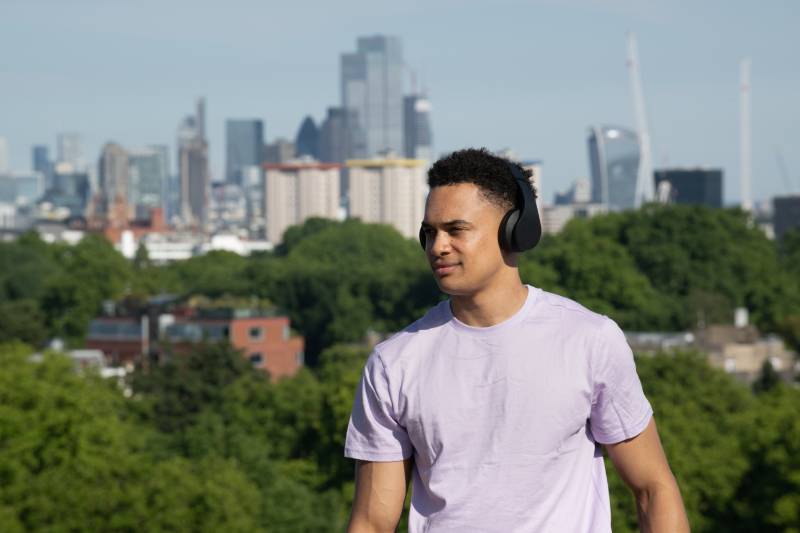 When we speak, Ellen has just spent the weekend in Tennessee, where she’s originally from. “It’s so musical there. The bugs, the cicadas, it’s rhythmic and cyclical. Nature has its own soundscape with its own rhythm and melodies. The nature of its existence is artistic in a way. The most art can do is try to be like nature on some level, to hold space for beauty and depth, everything from the terror of death to the light of the sun.”

Does making a SOUNDWALK mean Ellen is especially responsive to space as sonic material? Is she constantly translating the senses into sound? “The experience of making these walks definitely tunes me into the sounds of a place more. In addition to the sounds, there are parts of a park I would never discover. For example, St John’s Lodge Garden is hidden away and sometimes locked. Once I got in, it was this whole world of incredibly manicured trees and statues. So whilst the sonic layer opens, so do all these other layers too. It’s a privilege to get to know a park like this one.”

Ellen collaborated with Shabaka Hutchings, James McVinnie Ensemble and the Kronos Quartet on this walk, which resulted in a myriad of genres from chamber music to synths, to jazz and a string quartet. “Every time you enter the park, you pass through a low organ tone from James McVinnie who is an organist. When you enter Queen Mary’s Rose Garden, you pass through this rich landscape of bubbling shakuhachis from Shabaka Hutchings. And from a lookout at the lake, you hear the Kronos Quartet. Listening to that incredible, daring ensemble whilst looking out over the water is next level. It was exciting to think about how the beauty and personality of the park could be expressed more intensely through the music.”

Walking through the park and being immersed in this soundscape is in many ways an exercise in mindfulness. A kind of meditation on a cinematic scale. “The goal of the music is to ask a question that the listener gets to answer. You get to create your own path, you’re the composer of your own listening experience. It’s a very different to listening to a song with a trajectory and a predetermined story.”

In other words, SOUNDWALK offers up a return to reality rather than an escape from it. As Ellen says, “music is an invitation. It invites us to have feelings and go to places collectively. Say you’ve just been dumped and you’re not crying but then you listen to a song about getting dumped and suddenly the tears come, something about music lets us go there. We are invited to a place where we share feelings together.” SOUNDWALK is an invitation to a more natural way of being, one grounded in peace and an expansive awareness, something to hold onto amongst the noisy chaos of the city.

If you enjoyed this article, check out Camdenist for more things happening in the community,

Ellen Reid’s SOUNDWALK at Regent’s Park is presented by Wellcome Collection with the support of Regent’s Park and Benugo, who are offering £1 coffees when presenting the app in selected Regent’s Parks cafés: The Hub, Espresso Bar, Broad Walk Café and Primrose Hill Café.  SOUNDWALK can be downloaded from the Apple app store or Google Play store for free.

*Note: we recommend downloading the walk in the app before setting off to avoid any internet connectivity issues. Make sure you’ve enabled your location while using the app.