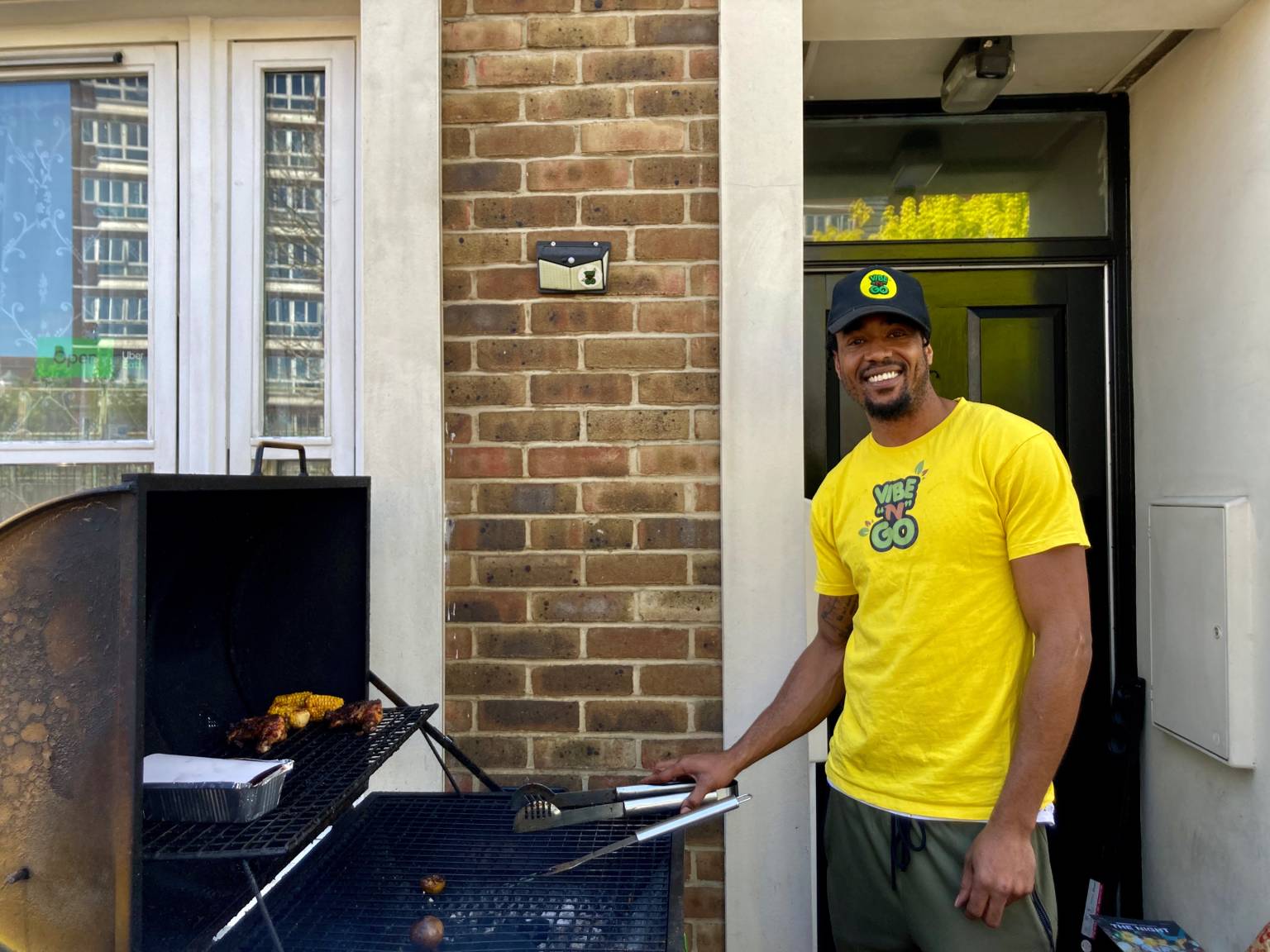 Discover the story of this front garden kitchen, where the vibes are just right

If you’ve ever wandered down Hadley Street on a Wednesday afternoon, your nose might have been blessed with fragrant smoke blowing out of Vibe n Go’s drum. “In my household, and in Caribbean culture, cooking comes second nature,” chef RJ tells us over a carnival soundtrack. “It’s instilled from early.”

It’s a seemingly unlikely spot for a meal, but you’ll find him turning spicy chicken wings over on the grill in the front garden of his house – just a couple of doors down from destination backstreet boozer Tapping the Admiral.

“When I was last in the Caribbean before lockdown, just seeing the drum alone brings everyone out,” he goes on. “People stop by to play dominoes and chill, and I wanted to bring this kind of thing here. It’s not often you see people cooking fresh off the grill outside like this in the UK.”

Formerly working on building sites, RJ needed surgery on his shoulder after a work-related injury, but this turned out to be a blessing that gave him the opportunity to explore the cooking that his family held so dear, and bring his ‘island style’ BBQ idea to fruition in January 2019.

Starting his own kitchen has been transformative. “I suffered with confidence issues for a while,” he admits openly. “Doing this gives me the chance to come out of my shell. I’m able to talk to people now, because it’s mine. It’s worked wonders for me, I’m much more confident and much happier too.” He explains how he used to experience depression. “I found myself in dark places, but doing this makes me happy.”

With plans to open a food truck and travel around Camden, Hoxton and Holloway at all hours of the day and night, RJ is keen to bring his Caribbean cuisine and social vibes to locals everywhere. Near the grill, a neighbour is tucking into wings on his lunch break, grinning. “People like this guy”, he laughs. “It’s those smiles I do it for,” says the chef. “I’m not money motivated, I’m people oriented. This, for me, is the payment.”

Everything on the weekly rotating menu is homemade: Island Vibe chicken, oxtail, red pea soup, curry goat, mac and cheese, rice ‘n’ peas, the list goes on. “I’ve taken inspiration from other things, but I’ve always added my own twist. Jamaicans do jerk chicken, but I wouldn’t feel comfortable calling this that if it’s not 100% jerk. Although I’m Caribbean, I’ve taken things out and added other flavours to make it my own.” He sells his own marinade too, and homemade sauces, including the ‘vibe sauce’.

It’s hard to choose a favourite, but RJ is a big fan of the oxtail. “I’ve always loved it. The meat is succulent, soft, full of flavour. Then there’s the curry goat with the extra spices in it. And my chicken, you know, it’s hard to pick one…”

With upcoming events including the Taste of the Caribbean Food Festival in Croydon, and the hyperlocal Alma Street Fair this summer, as well as plans to host Camden’s first multicultural community festival in July, there’s a lot on for Vibe ‘n’ Go. We suggest you go and catch the vibe – Wednesday lunchtimes and Saturday afternoons. 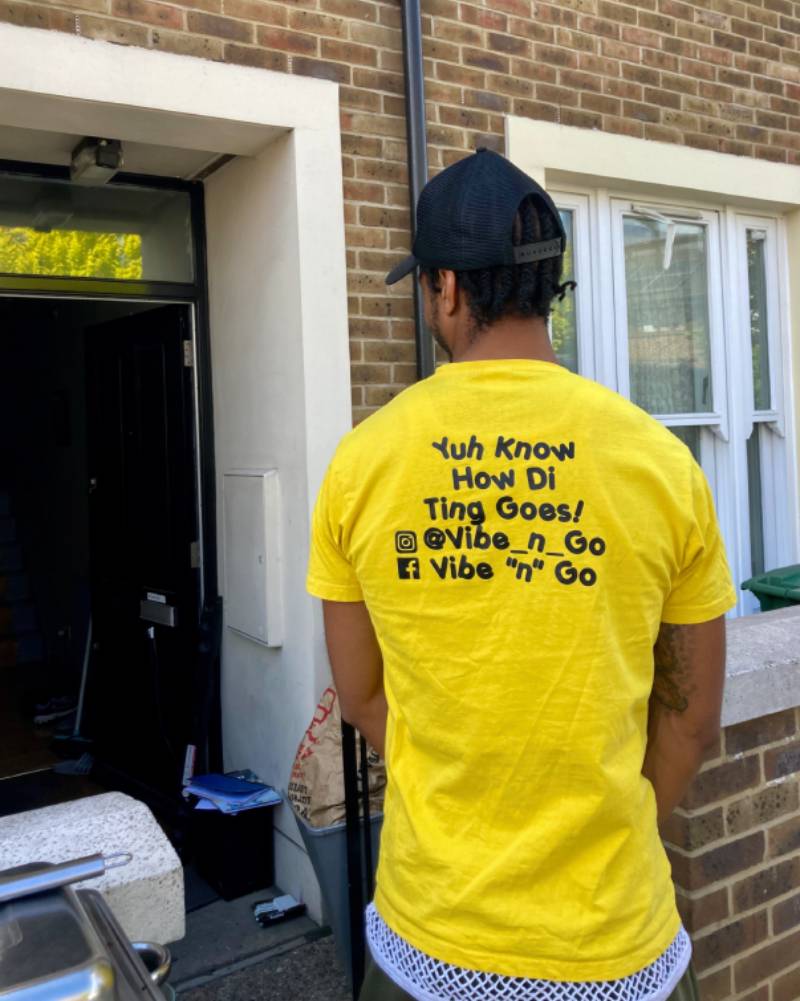 Order the food via Uber Eats