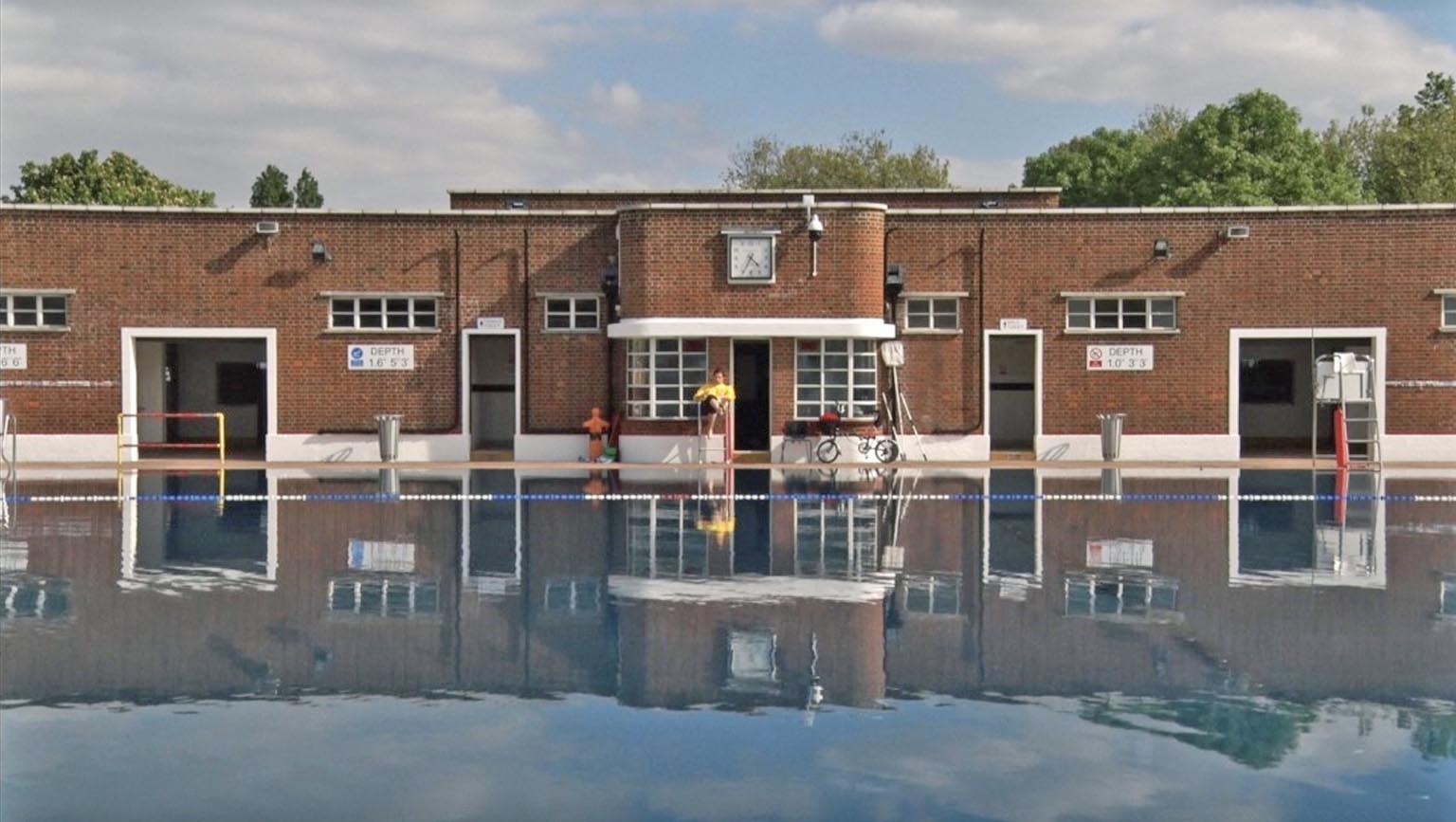 Lido: Cool and Immersive for 27-minutes

Angela Elvira Bruce's meditative study of the passage of seasons at Parliament Hill Lido plunges you into a deeply special local place
Why Read This?

If you’ve ever so much as dipped a toe in the water there, you’ll know

Since 1938, Parliament Hill Lido has usually been open 365 days a year, offering its glorious 200ft-long, unheated outdoor swimming experience to all-comers. Recent months saw it shuttered by law along with everything else, and now cautiously permitted to reopen just in time for the hot summer, but with such limited capacity as to make the online ticketing process akin to bagging one for Glastonbury.

‘Lido’ was directed by Angela Bruce during her MA in filmmaking at UCL’s Open City Docs, where she was mentored by Sophie Fiennes. It won critical appraisal and an award at the London Architecture Film Festival before life ground to a halt back in March. Here, we speak to Angela, and two of the regulars she became close to during the year spent documenting life in and around the water. The tell us why the Lido is so more than just a big swimming pool, and the deeper truths it can reveal about us all, particularly when viewed in the slow observational style of the film. You can enjoy watching all 27 relaxing and thoroughly refreshing minutes of it at the end, too.

Angela Elvira Bruce, Director:
“My brother worked as a lifeguard at the Lido for 15 years, including while I was at school at nearby La Saint Union, so I have a long connection with the place. I was never really in love with it though. I thought it was daunting, a bit prison-like. The lifeguards were predominantly male, too – my brother had his tight little community there – and I started out wanting the film to explore masculinity, observing how groups of men behave together. Accessing that through the lens of a camera as a woman felt really interesting, but it didn’t quite turn out like that.

When I began, the Lido was a place of mourning. The hugely popular lifeguard for 25-years, Glyn Roberts, had suddenly died, and I found myself speaking to those close to him, already becoming swept along by a very different type of narrative. The film originally became about that, the cycle of the seasons reflecting the sense of loss, but also of hope.

Once, when I’d gone to see my brother there as a girl, I’d had a very negative cold shock experience, but this association was completely transformed during my time filming there. The Lido itself became my subject. I love movement more than I do words, so I stripped it back to no speaking, but many voices. I experimented with the visual style, the building becoming my frame, the pool a stage.

The nature of the pool is very theatrical; people display their bodies, they perform, and the swimming takes on a balletic quality. The process of making the film felt dramatic compared to the serenity of the end result. That’s why I wanted to send it to the swimmers who I knew would have missed the water so much during lockdown. Seeing London cycle through each season brought hope once more, that all this wouldn’t last forever.

G.Calvert (@G.Calvert.Images), Artist and swimmer:
“This is an exceptional film to see for a year-round Lido swimmer. Exquisite framing evokes the integrity of this, the best of Lidos. The sound defines the subtle changes in seasons. The space, the weather and the water are central, which makes it more compelling than other films I’ve seen about outdoor swimming.”

Ivan Fiser, 65, year-round swimmer
“I saw the film in May, two months after my last swim there just before lockdown. This timing was perfect as I was beginning to feel I may never get a second chance. ‘Lido’ is a remarkable document of Camden’s social history as well as its architecture. But equally, in every aspect, it is an art film. I loved the pacing, which I instinctively identified with my own rhythm walking there or swimming. Practically every image resonated with my own memories, and I don’t mean the obvious ones.

For example: looking up to the sky assessing what natural conditions – particularly the quality of light – I will contend with in the pool; mothers taking their children to the nearby 10 O’clock Club; lifeguards busy with maintenance work in the off-season. The visuals are so strong there is no need for narration, a feature that I found particularly conducive to a view’s immersion in the seamless unfolding of the change of seasons at the Lido.

Ultimately the film worked so well for me because the director’s eye illuminated new aspects to observations and experience that have become a part of who I am. I was so happy to have had the opportunity to share the film with family and friends, who now appreciate how lucky I, and other Londoners who swim at the Lido, are to have this facility.

Watch Angela’s evocative film and immerse yourself in the Lido’s year-round ebb and flow, here: 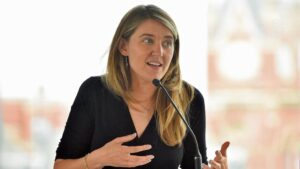 Interview: Camden leader Georgia Gould on steering the borough through a pandemic

It’s been a time of great loss and hardship, yet causes for optimism have still shone through 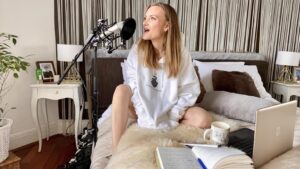 How I started a podcast in a pandemic

With her entire work calendar dressing brides-to-be upended for over a year, Mary Marshall seized the opportunity to realise her broadcasting dream 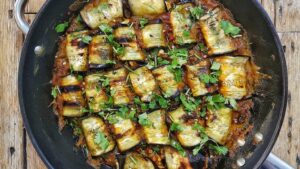 Born as an emergency response to lockdown, could this chefs-to-neighbours concept end up revolutionising how we eat in?